(Update: Removed the image and linked to it.)

Is it 12 or 13? Wait until the group changes position.

The coolest puzzle I've seen in a while.

Thursday, September 14, 2006
Weekend: Dan Bern and GNOME 2.16 Party! So, no internet at home and too much work kept me from blogging the awesomest weekend that was last week.

Dan bern:
First, on Friday night, we (me, Sara, Alireza, Farhang) went to see Dan Bern live in El Mocambo on College & Spadina. What a great concert! So, nobody knows Dan Bern, right? To our advantage! We were literally by the stage for the entire event, Sara went on stage to sing God Said No with him!!! and we went backstage afterwards... Good stuff. Tour details.

(As a note for myself, my Dan Bern favorites in reverse chronological order:

GNOME 2.16 Party:
On Saturday it was GNOME 2.16 Party, Toronto Event! Sara, Hossein, and I cooked the best of Persian food plus some veggie stuff. The rest was too much fun to describe. Clare, Ryan, Ben, John, Andrew, YOU GUYS ROCK!

Note that nobody reads every post in linux-kernel. In fact, nobody who expects to have time left over to actually do any real kernel work will read even half. Except Alan Cox, but he's actually not human, but about a thousand gnomes working in under-ground caves in Swansea. None of the individual gnomes read all the postings either, they just work together really well.
—Linus Torvalds (2000-05-02) 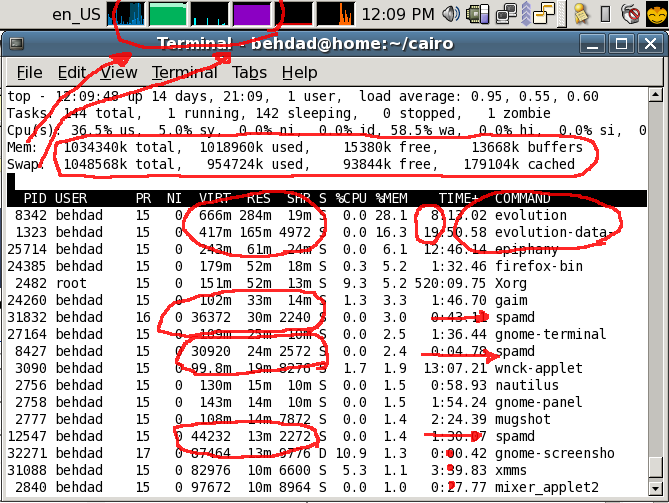 Microsoft programs are generally bug-free. If you visit the Microsoft hotline, you'll literally have to wait weeks if not months until someone calls in with a bug in one of our programs. 99.99% of calls turn out to be user mistakes.... I know not a single less irrelevant reason for an update than bugfixes. The reasons for updates are to present more new features.
—Bill Gates