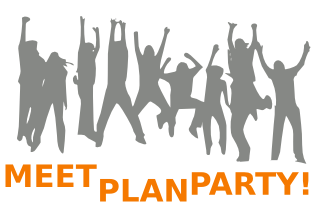 GUADEC, the annual GNOME conference will be held in Istanbul, Turkey from the 7th to the 12th of July 2008. The conference will bring together the GNOME development and user community and key personalities from businesses and governments, to discuss the future direction of the GNOME project.

The call for participation in the conference is now open, and will close on March 30th. A variety of presentations and session can be proposed. “Emerging GNOME trends set the dialog at GUADEC. It was Online Desktop last year, and GNOME Mobile the year before that.” said the program chair, Behdad Esfahbod (that would be me), “We are excited to see what the community brings to GUADEC this year.”

Something we are doing differently this year is that we are accepting technical keynote proposals. If you have a great talk in mind, propose it as keynote! We'll just downgrade it to regular talk if need be. Now go work on your proposals!

Have been working on this for the past three months. The news is finally out:

The GNOME Foundation is running an accessibility outreach program, offering USD$50,000 to be split among individuals. This program will promote software accessibility awareness among the GNOME community as well as harden and improve the overall quality of the GNOME accessibility offering.

GNOME Outreach Program: Accessibility starts accepting applications on March 1st and will run towards the end of the year. There will be two tracks to the program: In the first track accepted individuals will work towards accomplishing one of the major projects nominated for the program, earning US$6,000 and can take up to six months to complete the task. The second track will reward contributors US$1,000 for fixing five bugs out of a pool of accessibility bugs nominated by the program judges.

Read the full announcement or visit the program page.

We also have new sponsors. We have Nokia, Imendio, and Red Hat as Gold sponsors, and Novell, Igalia, and OpenedHand as Silver. Thank you sponsors!

Last but not least, topping up on Mathias Hasselmann's local organization efforts, Murray's company Openismus is now officially the local organizer of the event, taking care of moving money around among other things. That's a huge part of organizing events like this. Thanks Openismus!

Tuesday, February 12, 2008
GHOP Concludes Last night Google announced the Google Highly Open Participation TM Contest Grand Prize Winners, and that concludes the program. Congratulations to Patrick Hulin who won GNOME's nomination, and to all the hundreds of students who participated in the program.

And thanks to Andre Klapper, Lucas Rocha, and Vincent Untz for taking care of most of the admin work on GNOME side, as well as all the people mentoring students. Been a fun ride.

Friday, February 08, 2008
Barack Obama I've been following this election race very closely, but I also have a rule to not blog about politics.

Watching Larry Lessig's 20 minutes or so about why [he's] 4Barack made me want to share it (even though all my readers have already watched it), and ask for the help of those Americans who still have a vote to cast (even if this post converts no one).

Of course Lessig is an awesomely great presenter and this is nothing short of his usual style. Almost had tear in my eyes when he was talking about war and Iraq and Iran...

In other Lessig news, a friend of mine was so lucky to accidentally come across and attend Lessig's last presentation of Free Culture in Stanford a couple weeks ago. I'm also listening to the Free Culture audiobook in the gym this week (particularly liked Raph Levien's reading of the Introduction). Seems like audiobooks work even better than music in the gym for me. Not in the bed though.

What other great books out there are audio'ed (and freely available)?