McEs, A Hacker Life
Tuesday, February 20, 2007
Cairo and winelib Adventures I had some winelib adventures a few years ago when I tried to compile FarsiTeX's Windows editor on Linux. That time I admitted defeat.

This time I decided to use winelib to compile and test cairo's win32 backends on Linux. Just being able to compile that code (and that of other backends) catches silly syntax errors when I have to, say, modify a backend interface that touches all backends. I've had the same need in Pango too. So I started on Friday, with the goal of compiling, and testing the win32 backends using winelib.

It took quite a few hours, and winelib docs are at best four years old and out dated, but I finally managed to kinda find out how the thing works and got cairo's test suite running against winelib. More details here.

Kinda feel the victory this time, but would have been a lot happier if the test suite had passed almost all tests, instead of about 60%... Anyway, means more testing for cairo and that can't be bad. I also tried to raise some awareness / get some help on #winehq and #winehackers, but was mostly trolled by someone I'm not going to name.

That's all I was so excited about a few minutes ago...

Wednesday, February 14, 2007
OpenMoko Opened Congrats to the OpenMoko team for opening access to their development resources. Can't wait to see their prototypes.

Tuesday, February 13, 2007
Over Educated The link posted by Casanova was so good I just can't resist reposting:

“Because you’re so goddamned educated, doc, I knew you couldn’t be very smart.”

Wednesday, February 07, 2007
Linux, Vista, and Graffiti Seems like Linux attack on Vista ads is getting hot in Toronto. Apparently some teared off the word Linux on the Vista ad in the Finch subway station.

And also found about the amazing Graffiti Research Lab.

In other news, currently at the Techshop for the XDC. Good to see Keith's randr1.2 talk finally. Met Glynn in passing too. Back to Techshop, it's a totally rad workshop for makers. They are in fact going to run guest classes for us involving tattooing laptops with laser beams!

/me prepares the GNOME Foot logo.

FUDConBoston2007 So I made it to Boston on Wednesday night. Suffering stories for later. I'm at FUDCon until Sunday. It's always good to see the faces behind the IRC nicks. 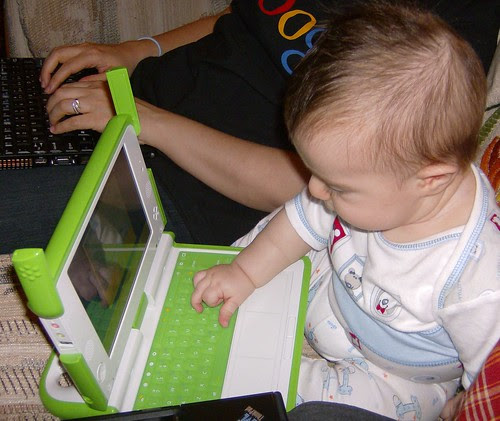 He has other interests/talents too: