McEs, A Hacker Life
Saturday, October 08, 2011
In Montréal for “Boston” Summit After a crazy Oktoberfest party in Kitchener last night, I woke up at 6:45 this morning, drove back to Toronto, took the ferry to the Island, took a Porter flight to Montréal, took the 747 downtown, took the 165 up to Queen Mary, walked up the hill to Polytechnique to arrive at the GNOME “Boston” Summit. Found Matthias, Owen, Ryan, and Andreas in the hallway, shook hands and received hugs, and felt right at home!

Inside, saw Colin and Marina among a few other familiar faces and many new ones. Marina explained that the reason she looks so sleepy is that she was blogging Ada Lovelace Day last night at 3am. Which of course reminded me that it was Finding Ada yesterday. So I thought I hereby list my own pick of women that I have had the pleasure to work with, and who, in my opinion, have made a lasting contribution to GNOME. Now I don't have to preach these awesome women to this crowd, so I'll just summarize my own experience with them in a two lines. In no particular order:

Marina Zhurakhinskaya has been critical to the Women Outreach Program success and happening in recent years, so for that alone she deserves a special mention. That's independent of she being part of the every-awesome GNOME Shell team. Plus, she's so nice and great to hangout with in person.

Stormy Peters wrote in her job application for the GNOME Executive Director as part of her responsibilities to be the "mom". And she delivered! It was a pleasure being on the board when she was in charge. Plus, she's so energetic she brightens everyone around her whereever she goes!

Karen Sandler is awesome in spite of being a lawyer! I have not had the opportunity to work with her in her new role, but at the Software Freedom Law Center, she was a great resource to the GNOME board, and much easier to get hold of than, well, other Free Software lawyers. Now, I did not actually know about her DJ hobby (check her website!) and wedding invitation until today. Waiting to run into her here to learn more :-D. 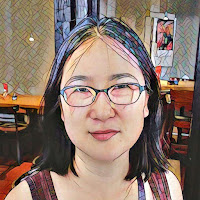 Rosanna Yuen is hard to find on Planet GNOME, and that's a shame. Many may not know her, she's sometimes better recognized as zana. Fortunately she's been making more regular appearance at GUADEC. Anyway, it's hard to imagine anything in the Board / Foundation level getting happened without her back-office work. She moves the money, she keeps the book, she knows what happened in the board five years ago! Plus, sometimes researches and books the venue for Boston Summit too.

At GUADEC this year, and at the Summit today I had the opportunity to meet a few young ladies rather new to the GNOME family: Pat, Kat, Meg, and Nohemi: you girls rock! I hope I blog about you for the years to come!

Went for lunch with Marina and Owen, had a great Thai chicken green curry, and talked food. I was thinking about a small project to hack on while at the summit and I thought I pickup rewrapping lines in vte / gnome-terminal upon width change. It's a well-defined well-contained problem, I have a design in mind, and one of the most common requests against vte. I passed my design past Owen, we agreed that it should work, and I hope that's what I'm going to hack on. Stay tuned!

I want to close by a picture of my favorite GNOME artist with the coolest hair style: