McEs, A Hacker Life
Wednesday, March 25, 2009
Lots of GNOME happenings Many good things have been happening around GNOME. Others have already blogged about most of them, so I cheat and link frequently.

The release team did it again: GNOME 2.26 was release
d on March 18th, on schedule to the day.

Humm, darn, I just remember that I didn't hold a release party this time. What a shame. I sure have been busy. More on that later.

It's that time of the year again. GNOME is participating in Google Summer of Code 2009.

The deadline for submitting student applications is April 3rd. For more information (for both students and mentors) as well as project ideas check here.

I decided not to run cairo for GSoC again. And I'm not involved in the GNOME GSoC organization. That makes this year the first GSoC that I have no involvement in. I plan to pick up again next year. That said, I'll be in a GSoC panel at UofT next Tuesday March 31st, in GB244. Students welcome.

The Gran Canaria Desktop Summit website is finally up and running. Which means, you can register for GUADEC now.

The Call for Participation is also up. April 10 is the deadline for submissions. So, hurry up! Bastien, Emmanuele, Paul, Ross, Ryan, as well as myself will review the submissions.

The conference layout is going to be different this year, which makes scheduling harder. Earlier-than-last-night-and-late submissions are highly appreciated. Yes, I'm talking to You ☟.

The current GNOME Foundation Board of Directors' term ends on June 30th. Which means elections will be coming up in a month or two as Vincent explains.

Take a couple minutes and read his post again if you are passionate about GNOME.

The board work can be frustrating at times, but in the long run it can be quite rewarding. While I miss the days that I could focus on coding and let others worry about organization, money, etc, I'll be running again this year.

In January we launched the new Friends of GNOME website. The main feature of the new site has an option for recurring donations, called Adopt a Hacker.

The fun part about the Adopt a Hacker option is that you get to choose your favorite hacker from a list of about a dozen hackers, and the adopted hacker will send you a postcard as a token of appreciation.

One thing about the postcard idea is that since we started the program recently, we are still sorting out the logistics and no postcards have been sent out yet. Which I guess will make receiving it more unexpected for our friends, and hopefully more delightful.

I certainly felt that way when I came back from vacation a few weeks ago and found this in my mail box: 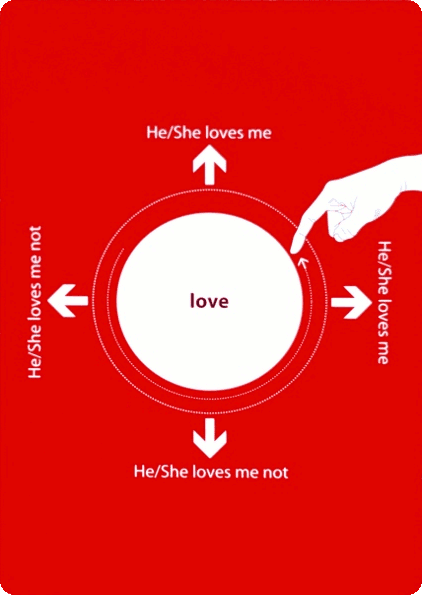 The back of the card reads:

Hi!
I recently joined this
adopt-a-hacker programme
It is something about post
cards. I think I am
supposed to send you
one? See you soon.
R

Thanks you R from Zürich. Now I owe you two. And I feel adopted!

So, what are you waiting for? Adopt a Hacker today!

Tuesday, March 24, 2009
Finding Ada: Leigh Honeywell Happy Ada Lovelace Day! I like to dedicate this blog post to a tech heroine of mine in Toronto, Leigh 'hypatia' Honeywell. 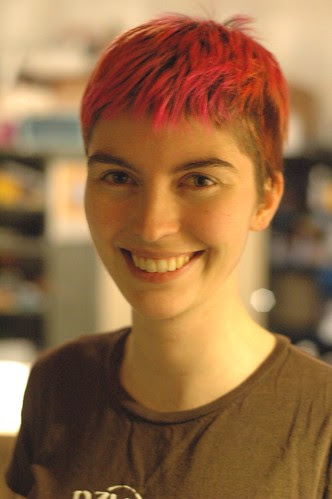 "headshot for Leigh"
by Leigh Honeywell

I think I first met Leigh at Jeff Waugh's talk in Toronto. I met her again at Linux Caffe a few times over the years. She's full of awesome, but what makes her my heroine is her recent work founding and running hacklab.to. I can't do justice describing how awesome she is. Simply go to the hacklab.to website and read about what she's up to.