McEs, A Hacker Life
Thursday, December 27, 2007
GUADEC 2008 Dates Available Thanks to hard work of Baris, the dates and venue for GUADEC 2008 are announced now.

Mark your calendars and book your tickets for 7th-12th of July, 2008 for an awesome week in Istanbul's Bahcesehir University.

Berlin GTK+ Hackfest GTK+ and its future is of extreme importance to GNOME. The issue of GTK+ maintenance has been subject of much discussion recently, and based on feedback from advisory board members and the GTK+ maintainers, we have decided that organizing a focused meeting is the most efficient way for the foundation to help with this issue.

As a result, the GNOME Foundation is organizing the first Berlin GTK+ Hackfest, a one-week meeting of the GTK+ core development team.

Hackfest is scheduled for the week of March 10, 2008 in Berlin. It will be a small invitation-only event, designed to tackle specific tasks that have been sitting on GTK+'s TODO list. Invitations have already been sent out to developers involved, and it is expected that twenty-five people will attend the meeting. The biggest planned agenda items include:
I'm trying to pull it all together, and Mathias Hasselmann (aka tbf) is doing the local organization.

Does your project need similar treatment? Let us know!

Wednesday, December 19, 2007
GNOME Accessibility to Get a Boost David: You can say I'm making sure I can still enjoy GNOME when my eyesight requires even bigger fonts and when my fingers hurt when typing even more...

More realistically, it all started when Chris Blizzard pointed out matter-of-factly that MoFo has been spending large amounts of money on a11y grants, including some that involve GNOME technology, with Eitan Isaacson listed as the one doing the GNOME work there. Thanks Eitan!

What it didn't tell was that GNOME's own Willie Walker was mentoring those projects, and otherwise rocking, all this without any fanfare or even a mention on Planet GNOME or non-a11y GNOME lists (as far as I know). This was quite surprising to me.

One meeting later with David and Willie, meeting with new board members including Brian Cameron, and a very encouraging response to Brian's call for volunteers on gnome-accessibility-list. By all means so far, seems like Willie will be leading this, so, thank you again Willie! 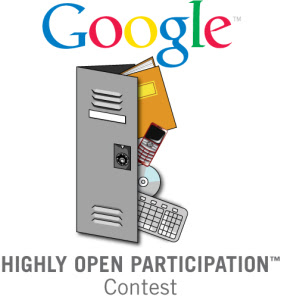 We are three weeks into Google Highly Open Participation Program and the excitement just doesn't want to go away! On the GNOME side of the things it's been a pleasure to work with Leslie, of Google OpenSource Office fame, again and we sure look forward to more collaborations.

Now to the main point: guys and girls! We need more tasks. We currently have only 9 tasks open, with about 14 claimed at this time at this time and over 40 completed so far. (more GHOP stats). For Pango, I've got someone write a PangoCairo tutorial, another student writing PangoCairo code to generate a long-wanted image in the docs, and yet another student adding LCOV source code coverage report generation facilities to Pango.

So, you have long wanted tasks done that no one is looking at? You can use a couple new contributors to your project? Sure, go ahead and submit more tasks! Just write the task, we take care of the administrative stuff. We need to keep this program running til February!

Lots of thanks for keeping the program running smoothly so far goes to Vincent, Andre, Lucas, and Christian Kellner. Oh, and Leslie and her team on the Google side of the thing. Thanks Google OpenSource Office again!

Oh did I tell you how nice Ken Vandine was to put together GNOME Developer Kit together just in time for GHOP? If you want to start hacking on GNOME right away, nothing beats that VMWare image in ease of use, and peace of mind. He keeps making it more beautiful. Thank you Ken!

Thursday, December 13, 2007
Thank You It's a Beautiful Day when you receive two unexpected packages, one a Thank You card from your real estate agent and the other, a tshirt like this from Baptiste Mille-Mathias aka crevette:

Thank you Baptiste, and yes I like yellow tees.

And Thank You to everyone who makes Life Beautiful by Acts of Random Kindness.

Saturday, December 01, 2007
Ultimate Shell Puzzle Dave: I found the answer to that puzzle the hard way a few years ago. The way I found it though makes a much more interesting puzzle:

What does the following script do: